Dubai traditionally welcomes the new year with a number of huge firework displays. The fireworks shows in Dubai are held at various locations throughout the city but the show at the Burj Khalifa is the largest and most famous firework display in the city.

This year despite the corona virus, more than six different fireworks shows can be seen in Dubai. The biggest show will be held at the Burj Khalifa, which starts at midnight. Another large firework display can been seen at the Burj al Arab, according to the organizers this fireworks show is the biggest show of the year. In addition, a firework show can be seen at the Atlantis The Palm hotel which starts 10 seconds before midnight with firework at every second to count down to 2021.

Please keep in mind the time difference between your country and Dubai. At this website you can convert the Dubai Time to the GMT time.

Firework at the Burj Khalifa

This year the theme for the New Year’s Eve show on 31 december 2020 is “Bigger, better and brighter”. You can see the biggest firework show in Dubai from special viewing platforms which will be set up across Downtown Dubai and across Burj Park. The event will also be broadcast live on television, beamed on big screens and live streamed on the internet and Youtube.

Most people will travel to Downtown Dubai during in Dubai to witness the spectacular light and fireworks display around the Burj Khalifa and Dubai Mall. We recommend to travel on time to the Burj Khalifa to make sure you have a good spot to see the firework. If you want the best view you can also book a diner package at one of the many restaurants in Downtown Dubai.

The roads around the Burj Khalifa are closed at six o’clock for all traffic to make room for the large number of spectators that come to Downtown Dubai to witness the spectacular fireworks show at the Burj Khalifa.

In the new Al Seef district at the Dubai Creek you can see a spectacular fireworks show for the first time ever. In addition to a fireworks show that will be light up above the water of the Dubai Creek, the Al Seef festival is in full swing during New Year’s Eve. The district will be completely transformed into a big party with a carnival, live music, a waterfront market and an outdoor cinema.

The Dubai Festival City shopping center welcomes 2020 with a spectacular fireworks show above Festival Bay which will be interspersed with a number of musical performances and shows from the Imagine light and image show. The firework display at the Dubai Festival City is free to visit from 7 pm and starts with a special IMAGINE show followed by a live band with Katie Elle Jackson at half past nine.

Festival Bay will be lit up several times in the evening with a big fireworks show. From 9 pm there will be firework every hour to warm up to the big final show at midnight to welcome the new year. On 31 December, many restaurants located in and outside of Dubai Festival City and Festival City waterfront offer special New Year’s packages that guarantee the best view of the fireworks shows and the Imagine New Year’s Eve show.

During the old and new show at Festival City you can also take a ride in the Festival Wheel Ferris wheel. Due to safety, it is expected that the Ferris wheel will be closed during the fireworks shows itself.

New Year’s Eve at The Beach

This year, La Mer Beachfront is celebrating New Year’s Eve with a large firework display which will be light up above the sea. The entrance is free and from the boulevard or the beach you have a magnificent panoramic view of the fireworks show. 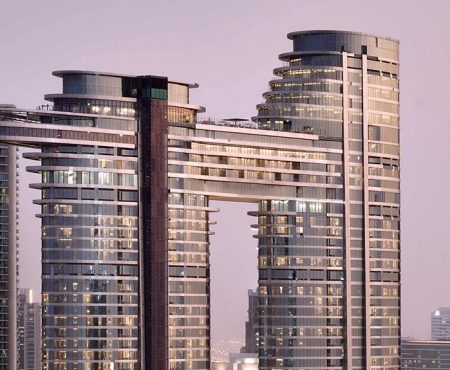 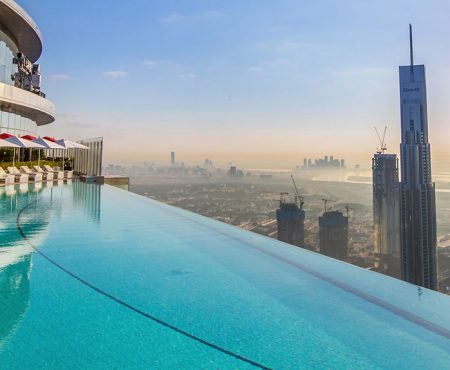 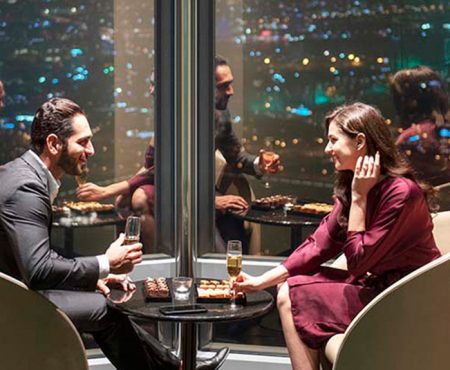 The Lounge Burj Khalifa – the highest lounge in the world